The Nova has taken a leap further into space than any ball before. Its revolutionary core has been paired with an innovative combination of coverstock technology to maintain the striking power you’ve come to expect from a Premier Line ball. So, while maintaining the aesthetic that the Premier line is known for, we’ve also brought the performance up another level. 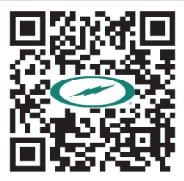 Weight blocks like the Ignition Core rev up fast and finish strong with a more aggressive movement down lane. Need some extra oomph? Then look no further. The Ignition Core pumps out more than 6” of loaded flare potential! That’s more than enough differential to amp your adrenaline levels. Putting it in R2X means all that power can be harnessed with skilled precision. R2X fits seamlessly between the R2S™ and NRG™ formulas found on some of the most successful Storm balls in recent history. At an ideal 3000-grit finish, the perfect combination of length and strength can be achieved.

THE UNIVERSE IS CALLING

Slightly more aggressive than the famed R2S coverstock material, the R2X is right in the middle of Storm’s reactivity chart. It is the perfect balance of porosity and durably. It doesn’t grab too early, but doesn’t go too long either. Its versatility can benefit numerous bowlers of various styles.